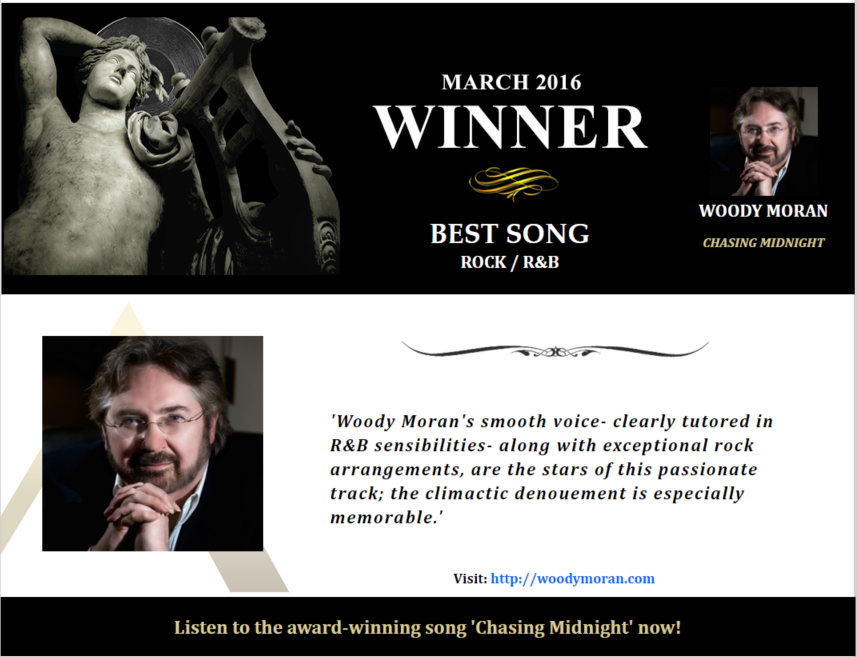 Cynthia Miller, Program Director for WCTR Radio Chicago, contacted me via Facebook with some very encouraging comments on my latest collection of songs from Sitting In Aztec Chairs. In particular she singled out "Chasing Midnight" and later in an email exchange suggested that I enter it in The Akademia Music Awards. She mentioned that WCTR had been receiving some of their best music through this channel and thought that "Chasing Midnight" was exceptional and could win an award and that award winners were forwarded on to radio stations around the country. So, I entered the song and it won in the category of Best Song Rock/R&B. How cool is that?